Yoga Your Way: How to Stop Worrying and Love your Limits 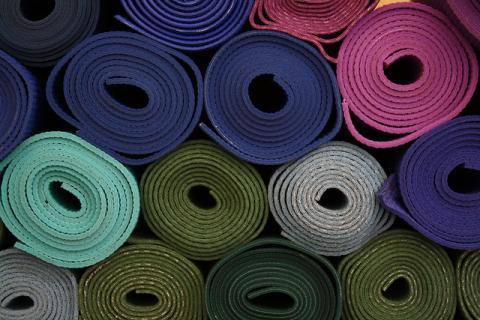 I have a confession to make. In the not-so-distant past I was one of those yogis who irritates the ‘normal’ people in class. I would hang around for thirty minutes before class practicing my arm balances, I would do every single advanced posture in every class. If the teacher happened to include Crow Pose, you can bet I would be pressing from Crow to Handstand and back while most people were still struggling to lift their toes from the floor.

I was in love with the challenge of the physical practice of yoga. In fact, I still am, but things have changed. The relationship has gone from a torrid, sweating, almost desperate affair into one of quiet devotion and affection for both the practice and myself. In a way, it’s been like the maturing of any relationship.

The realization that tipped me over the line between these two states comes down to a very simple idea; there is absolutely no hurry.

Even if your Yoga practice starts and ends on the mat and the philosophy and esoteric practices of yoga hold no interest for you, there is nothing to be gained by hurrying your way into an ‘advanced’ posture or variation.

It is often shocking for people to find out that yoga can cause injury and that, with certain styles in particular, it’s actually more common than many realize. The most common issues include neck pain, knee pain (often from either overstretching ligaments or tearing cartilage or the meniscus), torn hamstrings, Achilles tendon injuries and sprained wrists.

Before you throw away your yoga mat though, you should know that all of these can be mostly avoided simply by dialling down the intensity of your practice.

It’s common practice for yoga teachers to urge people to find their ‘edge’ and for me this is often misunderstood. I always emphasize to my classes the importance of staying away from their limits. I encourage them to work at sixty to eighty percent of their maximum for more or less the whole class. This enables work to go on without causing undue stress and potential injury.

And believe it or not, in terms of flexibility it can actually be more effective than always practicing at the limit of your range. It’s a little-known fact that the muscles are not made physically longer by yoga. This is actually completely unnecessary, as the vast majority of us are already ‘flexible’ enough to perform almost any feat of flexibility imaginable. This is because flexibility is not exactly a physical trait but a neurological one. Essentially, at some point the brain (along with the golgi tendon organ or GTO) decides on how far it is safe for a muscle to stretch. When the body gets there, the brain slams on the brakes and we feel that pulling or stretching sensation. However, stay in that stretched position for fifteen to thirty seconds and your body will open up a little more space.

Eventually, the brain learns this ‘new’ limit and starts giving you a little more play before applying the brakes. This is how we ‘improve’ in flexibility over time. And the important point to take home is that it is just as effective to stay at eighty percent of your maximum stretch and slowly move in as it is to jump right up to the edge of pain. In fact, given that the sixty to eighty percent window I mentioned is just barely uncomfortable you can stay in it much longer, meaning more potential for improvement.

So the next time you find yourself sweating and squirming in discomfort, try backing off. Stay on the edge of discomfort rather than the edge of pain. See how different your body feels after a few weeks, if it feels more cared-for. And make no mistake, going full tilt all the time will hurt you eventually. But with this toned-down approach you can make steady, pain-free progress for years.

Here’s an example: in a standing forward bend, most people will force and struggle their way to straight legs. For many this will involve a deep burning sensation in the hamstrings and will often cause the upper and possibly even the lower back to round. So not only has the spinal integrity of the pose been lost, which should be the most important part of the physical practice, but you are in pain.

Instead, next time you practice, bend the knees. Bend them until the belly is literally resting comfortably on the thighs, even if it feels almost like a squat by the time that contact is there. I receive a lot of initial resistance to this cue in my classes, especially from advanced students, but this approach allows the back to be either straight or at least relaxed for your whole yoga ‘career’ rather than being bent uncomfortably until the hamstrings open up.

Over time, or even straight away, you’ll appreciate how much more freely you’re able to breathe and move into your forward bends with this approach.  There is also a wonderful process of subduing the ego that goes on. If you always force yourself to keep belly-to-thigh contact in your standing forward bends, there is no room to ‘cheat’. And you’ll know more clearly how warm your body is, how loose it’s feeling on that particular day by simply noticing how bent your knees are rather than guessing from how loudly your hamstrings are screaming!

This is my final point on respecting your limits. They must always be your limits in the present. It’s easy to hurt ourselves by comparing to other days, other practices, what we used to do, or even to other people around us. If we are honest with ourselves about where we are each moment (for example, by always maintaining belly-to-thigh contact), we can avoid hurting ourselves over these rather pointless comparisons.

In my next instalment on ‘Yoga Your Way’ we’ll look at knowing how and why to really ground your practice in the basics and allow it to flourish from there.

Photo Credit: "Yoga Mats" by Laya Ross is licensed under CC BY 2.0

ALL ARTICLES BY Sam Bayliss 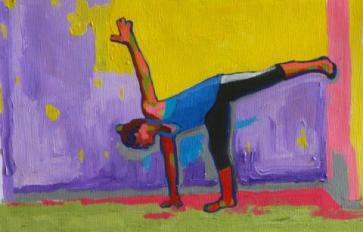 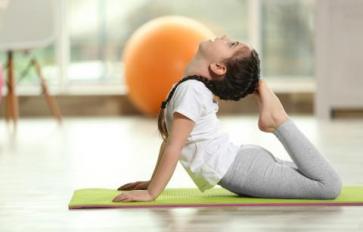 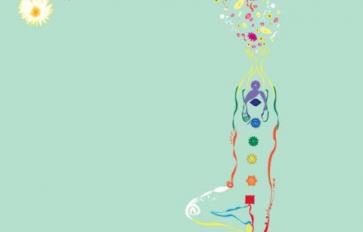 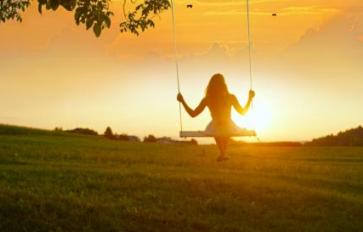 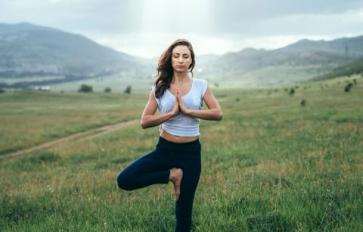 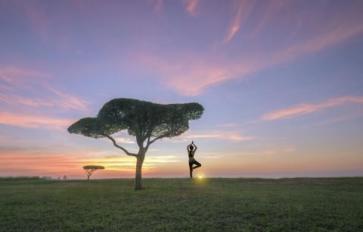 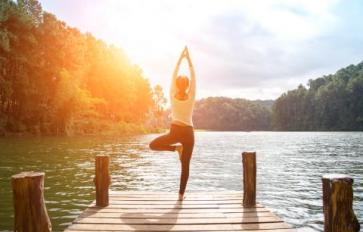 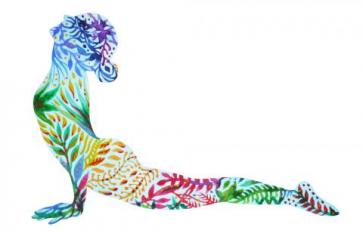