Why Your Weight Doesn’t Matter 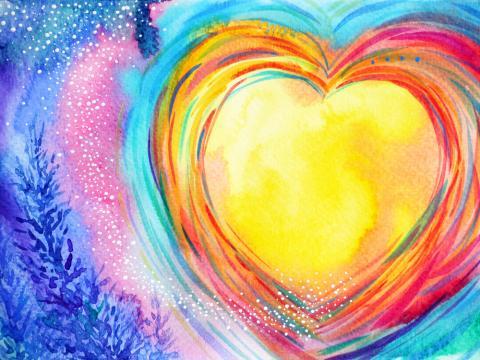 I spent years working in the fitness industry as a personal trainer and later also as a nutritional coach. Over time two things became very clear.  The first was that most people were coming to me for weight loss (even if they claimed other reasons) and the second was that their results had very little to do with me.

Strangely, I was excellent at my job. I got rave reviews, had a solid core of regular clients, and would get referrals from them more or less every week. Still, as time went on I only ever felt more useless. I felt like the clients who got "results" got them mostly because of their attitude and the remainder’s appearance didn’t change visibly, even if they were getting fitter, for the same reason: attitude.

Now this isn’t a motivational message about the power of positive thinking (though there is an aspect of that at play). After all, the difference was not so much how much they wanted to lose weight, but in how they viewed their bodies from the start.

Essentially, the clients who got results were the ones who found their bodies amazing, who came to enjoy getting fitter and stronger, and proving it in the gym. Often these were the same ones bringing me pictures of healthy meals they were preparing for themselves and their families, or even sending me pictures every meal. It was not uncommon for them to gloat about how delicious the meals were, or how they had managed to create something like a raw, vegan brownie from black beans or sweet potatoes. In short, these people who got results were the ones who fell in love with their bodies, with themselves.

Meanwhile, those who insisted on more regular weigh-ins, measurements, and eye-checks (“Don’t you think my thighs look smaller, even though I haven’t lost any weight”) did not normally have the same results. While they often got fitter and stronger, their weights often remained similar or exactly the same. Some would yo-yo up and down the scale, others would stay put for weeks at a time before creeping down a pound or two. This was also the group with excuses, reasons they had to have a night out, or go to dinner at a steakhouse, or skip their walking three days straight. For reference, the first group, henceforth referred to as the love group, would never complain or make excuses but would almost always say to me frankly and without shame, “I felt like I needed some [insert name of presumably questionable food or beverage] last night, so I had it.

The second group, from now on the punishment group, thought of healthy living as a kind of suffering they had to inflict on the body as revenge for enjoying the foods they enjoyed. This creates a dreadful situation where every meal, every workout, is weighed on a scale of good acts versus bad and in which all the good acts are unpleasant and all the bad ones pleasant. It’s a situation in which real change is almost impossible.

In nutritional coaching, we talk about praising habit changes rather than outcomes. Weight, after all, can fluctuate wildly for many different reasons, but good habits are good habits. If you’re eating more vegetables, it really shouldn’t matter what the scale says. You are nourishing your body, fuelling this beautiful machine you have been gifted with. How much it weighs shouldn’t matter.

This is one of the reasons I encourage people I meet in my present role as a yoga teacher to focus less, or preferably not at all, on their weight. I encourage them to get in touch with what their bodies genuinely need and start to make those changes step-by-step. I love the Ayurvedic approach of establishing a person’s constitution and any imbalances in their lifestyle and using those as a basis to explore changes people can make to their nutrition.

After all, most people are not eating in tune with their environment and body type. We eat all kinds of fruits and vegetables year-round with no regard to what is naturally in season for the climate in which we are living. And, as one of my teachers likes to put it, “If you are eating bananas in Sweden in November, of course you will get sick!”

What’s more, I don’t find the words "healthy" and "unhealthy" particularly helpful in labelling foods for clients. Behaviors can be healthy or unhealthy, but individual foods, meals, even days cannot be either healthy or unhealthy except in a very vague and conditional way. It also helps to set up this see-saw with delicious unhealthy foods on one side and medicinal but unpleasant healthy foods on the other. Looking at foods on the basis of their suitability for you as an individual in terms of maintaining optimal health is not only more scientific, it also means that people of every constitution will have some of their "forbidden" foods open up to them as suitable, wrecking that see-saw we mentioned a second ago.

Here’s the thing. Everyone cares about their size one way or another, but indulging that caring is usually a bad idea. If we focus on making the body healthier—not by punishing it, but by thoroughly and lovingly nourishing it with delicious, balanced meals—then we’ll feel better. And we won’t dive for the foods we’ve labelled as "bad" as a reward for every workout or a release after every bad day.

All of this sounds like I’m pushing for people to get away from the idea of weight loss but then urging people to consider an Ayurvedic or other holistic, body-positive approach to nutrition as a method for weight loss. But I want to be very clear here; you may lose weight with this change in lifestyle. You may also gain weight or stay exactly the same. But these fluctuations are so unimportant when ranked against real, vibrant health. Make this health your priority, enjoy it, revel in it. And consider any body changes as a welcome bonus.

ALL ARTICLES BY Sam Bayliss