Iodine Supplementation: More Is Not Better 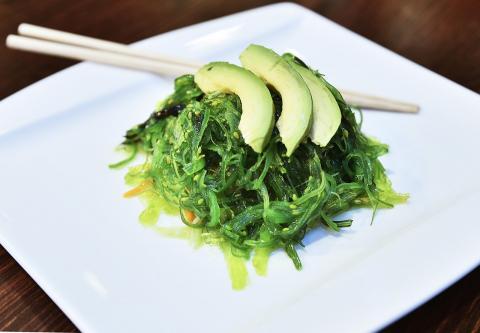 Iodine. It’s a component of thyroid hormone, critical for fetal and childhood growth and development. It also regulates metabolism, digestion, heart function, reproduction and many other aspects of adult health. Hypothyroidism (an underactive thyroid) will result if someone is deficient in iodine, and can also result from other issues. Most of us in the West have enough iodine, though studies have found that a significant number of pregnant or lactating women in the U.S. have mild to moderate iodine deficiency, which can have detrimental developmental effects on their children. The recommended daily amount of iodine ranges from 90 to 290 micrograms (mcg) daily depending on age and pregnancy/breastfeeding status.

I’ve had many clients come in who were taking iodine supplements, some at quite high dosage.  The problem?  Too much iodine may actually disrupt thyroid function. Ironically, over-supplementation with iodine can result in some of the very same issues as iodine deficiency—hypothyroidism and goiter—by inhibiting thyroid hormone production. This happened to a naturopath friend of mine who was over-dosed with seaweed-based iodine by a colleague.  Too much iodine has also been linked to an increased incidence of autoimmune thyroid disorders and certain forms of thyroid cancer.  It gets more complicated than I’ll get into here.  For example, people with iodine deficiency, who may be hypothyroid, can develop hyperthyriodisim (an overactive thyroid) when suddenly given the RDA of iodine.

How much iodine is too much?

The tolerable upper limit of daily iodine intake, determined by multiple health organizations around the world, is 1,100 mcg daily (1.1 mg). The American Thyroid Association recommends no more than 500 mcg of iodine daily. The level that’s been found to cause problems in susceptible folks is usually around 1,700 mcg and up. But the problematic amount can vary from person to person. For example, some people are more sensitive to iodine, such as those with autiommune thyroid issues (Grave’s or Hashimoto’s Disease), those with subacute thyroid issues, folks with a certain type of goiter (thyroid swelling) and those with other issues or medications impacting the thyroid.

I randomly selected 3 iodine supplements available online to look at dosage. One had a reasonable amount, 150 mcg as a daily dose.  Another had 1,250 mcg per dose, while the third had 1950 mcg per dose. Kelp, a common nutritional supplement, can have several thousand mcg of iodine…its levels vary widely. In places with a high level of seaweed consumption, thyroid disorders are present at a higher incidence. Keep in mind that many folks take more of their iodine supplement than directed, on top of whatever iodine may be coming from dietary sources. Seafood, eggs, poultry, certain beans, grains, potatoes and other foods contain significant levels of iodine.

So, yes, we need adequate iodine for thyroid and overall health. But don’t overdo it!