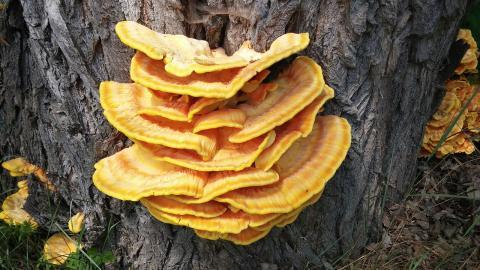 Blood sugar is key to keeping our cells alive and fueled to do their thing, whether they’re muscle cells or cells in the brain. Small amounts of blood sugar come from proteins and fats that we eat, but most comes from carbohydrates in the diet.  Insulin is produced in the pancreas in response to blood sugar being released from the digestive tract after meals.  Insulin acts like a key that opens the cellular door to let blood sugar inside where the cells can use it.

When there isn’t enough insulin, as with type 1 diabetes, not enough doors open to let blood sugar into the cells, a dangerous situation that can lead to diabetic coma and death if not dealt with by taking insulin. In type 2 diabetes, cells become less responsive to insulin; essentially, the key stops working to open the cellular door to blood sugar.  The body tries to fix it by making higher and higher levels of insulin. This can cause increased inflammation in the body as well as weight gain.

In both types of diabetes, high blood sugar levels cause stickiness and blockages in the blood vessels, from which the complications of diabetes arise, like kidney failure, blindness, and other issues.

Mushrooms may be one way to improve blood sugar and insulin regulation in the background of a healthy diet and lifestyle.  For instance, mushrooms and certain plants contain beta-glucans, a form of soluble dietary fiber. Beta-glucans have been found to reduce blood sugar levels in clinical trials.

So what are some good mushrooms to turn to?

Button mushrooms just don’t get the respect they deserve—maybe because we are so used to seeing them at the grocery store.  Buttons are a great addition to the diet as long as you buy them organically produced and cook them.  Simply eating them daily may be enough to reduce diabetes risk by reducing two of the multiple contributors to metabolic imbalances, inflammation and oxidative stress (“rust”).
Buttons may also help with blood sugar and insulin regulation by supporting pancreatic health. A study found that a button mushroom component stimulated regeneration of pancreatic beta-cells. Beta-cells are the cells in the pancreas that make insulin. They are also the cells that the immune system destroys in type 1 diabetes.  Button mushrooms may even stimulate insulin production directly, though this was tested in cells in a dish, which may or may not have relevance to what happens in us.

In nature, cordyceps mushroom grows on, or rather in, insects.  An unlucky bug eats a cordyceps spore, which then germinates and eventually the mushroom bursts out of the insect.  Aren’t you glad this doesn’t happen to us?  These days, most commercial cordyceps is grown on blue corn, so no fear about insect bits being in your cordyceps powder.  Just a few grams of mushroom powder daily was enough to lower blood sugar levels in a study, and this may be through effects on insulin.

On a related note, cordyceps is used in Traditional Chinese Medicine as a kidney tonic. Kidneys are a major site of damage from high blood sugar levels.  Cordyceps is easily available commercially as powder, in capsules, and as liquid extracts.

Reishi, or Ling Zhi as it’s known in China, was once reserved for royalty because it is quite rare in the wild. It’s said that in Japan, you’d have to check 100,000 plum trees to find just a handful of the mushrooms.  (The rest of us now can use it since folks have figured out how to grow it.)

Reishi lowers blood sugar levels and brings down high levels of insulin. If your blood sugar levels tend to be low already, then you might want to skip reishi, as it may lower them further. Otherwise, the mushroom can be used as a tea or encapsulated extract. It’s too tough in texture to be edible…it would be like chewing a piece of wood.

This is a beautiful white mushroom that grows wild in parts of North America and elsewhere in the world.  It’s another mushroom that reduces blood sugar levels.  It may also support the health of our insulin-producing beta-cells through inducing the production of a molecule known as NGF.

My favorite way to use Lion’s Mane is to eat it…it’s delicious!  It can be obtained at some grocery stores, by specialty mushroom shops online or even by growing them yourself using commercially available kits. Other ways to take it include as mushroom capsules, powdered, as a tea, or as a liquid extract—all of which can be obtained online.

Maitake is another delicious and medicinal mushroom.  While most studies looking into how maitake improves blood sugar regulation have been done in rats or on cells in a dish, the mushroom does appear to work similarly in people. A couple ways maitake may lower high blood sugar levels include improving insulin activity and slowing starch digestion.

An increasing cause of infertility, Polycystic Ovarian Syndrome (PCOS) is often related to insulin resistance, where there are excess levels of insulin in the body driving sex hormone imbalances.  Maitake improved ovarian function in women with PCOS, possibly through better blood sugar and insulin regulation.

You can take maitake as a mushroom powder or tea, but why not just eat it?!  Like Lion’s Mane, you can also grow it yourself.

To wrap it up, remember that food is often medicine. So make your mushroom stews and sautés and take your medicine!