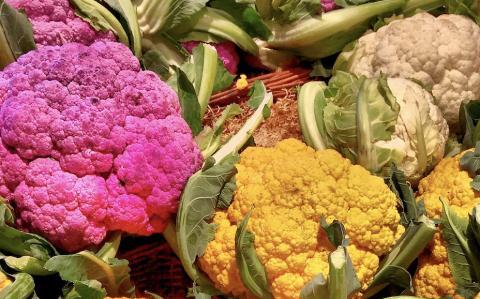 You know that you should eat more veggies if you want to bolster your overall health. All plant-based foods offer benefits, as their vibrant hues provide various phytonutrients that support the human body.

When it comes to overall perks, though, cruciferous vegetables, such as broccoli and cauliflower, may reign supreme. These nutritional powerhouses maintain everything from your teeth to your brain. Better yet, they're low in calories, making them the ideal snack if you're watching your weight. Grab your crudités tray and some hummus dip while you learn how these veggies supercharge your well-being.

Is chronic pain your cross to bear in life? The term cruciferous refers to plants in the mustard family, which are so named because their four petals resemble the religious symbol. Eating more veggies in this family can reduce the symptoms associated with several painful conditions.

One study investigated whether a blend of ascorbigen, a vitamin C derivative, and broccoli powder, would ease the ache of patients with fibromyalgia. The participants averaged a more than 20% decrease in their physical impairment score and more than 17% in how the condition impacted them. Consuming more broccoli and taking a vitamin C supplement may improve your quality of life if you suffer from this condition.

Cruciferous vegetables help stave off the effects of oxidative stress on your body's cells. Oxidative stress occurs due to an overload of harmful molecules called oxygen-free radicals, which lack an electron. In their search for a mate, they destroy cells from within and can spur cancerous growth.

In one study, 20 participants ate one to two cups of cruciferous vegetables daily. Researchers measured the levels of oxidative stress before the study and three weeks later. Then, they repeated the experiment with a multivitamin supplement. The result? The vegetable-eating protocol resulted in a 22% decrease in oxidative stress levels, while the vitamins had a negligible effect. The combination of nutrients in natural foods fights oxidative stress and potentially cancer better than supplementation.

Cruciferous vegetables can increase the overall health of your mouth by scraping away debris and bacteria from tooth surfaces. Plus, they typically don't stick in the grooves of your teeth, where they can become fodder for cavity-causing germs.

Heart disease remains a significant killer of both men and women in America. Cruciferous vegetables contain a compound known as sulforaphane, which reduces oxidative stress on your veins and kidneys and decreases blood pressure.

One study gave broccoli sprouts to rats prone to hypertension and stroke for four months. By the end, they had reduced arterial pressure in the at-risk rats by 9%. The sprouts also benefited kidney function and arterial elasticity.

According to the CDC, more than 100 million Americans currently live with diabetes or prediabetes. These conditions create stress on your heart and kidneys, putting you at an increased risk for failure in either organ.

Most cruciferous vegetables don't create a significant impact on your blood sugar, meaning you can indulge without worrying about a debilitating crash. Sulforaphane also shows promise in decreasing insulin resistance, a vital feature of Type 2 diabetes, in at least one study.

Alzheimer's disease robs much of the enjoyment of what should be a relaxing time after a life of labor. One study involved using scopolamine to cause cognitive impairment in zebrafish. Researchers dosed some of the fish with sulforaphane as well as the scopolamine.

The fish treated with the sulforaphane retained the memory of a learned task better than their peers who didn't receive the substance. While preliminary, this finding suggests that increasing your consumption of these crunchy veggies could potentially decrease Alzheimer's risk.

You can enjoy cruciferous vegetables alone or with dip. You can also include them in a host of recipes. If you incorporate more of these tasty foods into your diet, you can significantly improve your overall well-being.

ALL ARTICLES BY Kate Harveston