When You Need Rajas ~ The Ayurvedic Element of Change 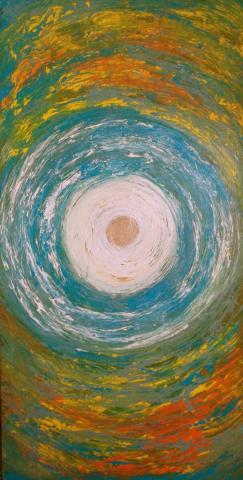 In yogic and Ayurvedic philosophy there are three basic natures or “gunas” said to rule existence.  They are: Sattva (life/sentience), Rajas (change) and Tamas (decay/death). This article explores the basics of these elements and when as humans, we crave, demand or need Rajas – the Ayurvedic element of change.

Sattvic is the ruling nature which can also be seen as the spiritual element of reality. It manifests as purity, clarity, transcendence, light, harmony, balance and still-mindedness. One who is largely sattvic in nature would be focused on a spiritual life and spend much of their time in meditation, in service and in activities which encourage bodily health, harmony, stillness and peace of mind. Sattvic foods are those with very little spice, so as to not distract or overly stimulate the body or mind. Foods like kitchari, dahl, milk, ghee and plain grains are Sattvic. The Vata dosha  is most related to the sattvic element, as it is more mental and “of the mind,” suggesting a freedom from bodily habits and addictions.

Tamas is inertia, ignorance, veiling -- it is that which breaks down the old, it is decay and the stagnation which leads to decay. The tamasic nature is closest to the kapha dosha in that it is slow-moving and earth-bound. Tamasic actions tend to slow the body functions, often “welcoming” dis-ease and death such as over-eating, smoking, drinking, meat-eating, addiction and laziness. However, Tamas is also that which allows for the renewal of life again as it brings decay and death. In Balinese traditions where the Hindu faith has intermingled with animism, both the Sattvic nature as well as the Tamasic nature are honored each morning as the two elements co-exist in the universe and together allow for peace, harmony and paradise to exist through the duality they exemplify.

Where Sattva is life-giving and sustaining, Tamas is life-less, like left-over food, without the enzymes which bring nutrients to the body. Rajas is the spice and the actual act of eating and breaking down of the food.

Rajas is the element which governs movement, stimulation, and what could be called “the fire of life.” It is the equivalence of the Pitta dosha. Without the rajasic nature, there is no change, no movement, no evolution.

The rajasic nature is necessary whenever we want to transition from one thing to another: hungry to full, dirty to clean, latent to actualized, from one place to another – it is the travel, from one idea to the next – it is the catalyst. Rajas is the transition. If you would like to enliven a meal you would add spices such as ginger, chili, garlic, onion – all rajasic in nature.

Relationships often need the rajasic element in order to keep them alive and vibrant; otherwise stagnation will occur. If too much of the tamasic element is allowed to enter in – as with the tendency to slip into routine or “take each other for granted” -- death will creep into the union. Often death is a necessary element in order to invite newness into the picture. This is when one must learn how to become an alchemist of substances in order to breathe the proper amount of life in, with ample change and stimulation, and allow just enough death and decay in – in order to transform the previous elements constituting the union.

In baking, rajas is the combining of the ingredients, the stirring, the application of the heat. Rajas is a necessary part of life, as it is the time “in-between” seasons, the “winds of change” so to speak. By honoring when you need rajas in your life you can come to sync with the beautiful and wise Ayurvedic element of change.

As an archetype, Rajas is depicted by Kali and Durga aspects of the Divine Mother, which herald change and the release of the old, making room for the new. Rajas assists when things are too Tamasic or too Sattvic – thus becoming “stuck” in a pattern which could become confining. By learning to note when Rajas has graciously entered your life, calling you into the winds of change, asking you to end something so new may be created, you enable yourself to become flexible, transformative and a shapeshifter of your personal reality. When you can do this, you have come into alignment with the Rajasic nature and by so doing, life will bless and grant access to a greater reality, one that is always beyond the doors of change.

By knowing when to honor Rajas, the Ayurvedic element of change, life can bless you with the energy of transformation which allows for grace and abundance to enter in. To traverse the Ayurvedic Gunas with honor, recognize the elements as they come into play in your life and be willing to rise to the occasion and become one with them. Not one of them can exist alone, as they make up the wholeness of “all that is.” Without rajas, nothing new would ever be known, and nothing unknown would ever be discovered.

Photo Credit: "MARMA" by Scott Harrington is licensed under CC BY 2.0 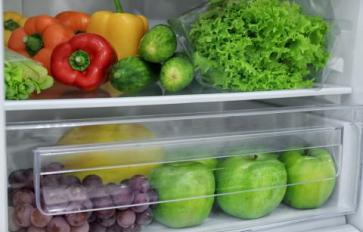