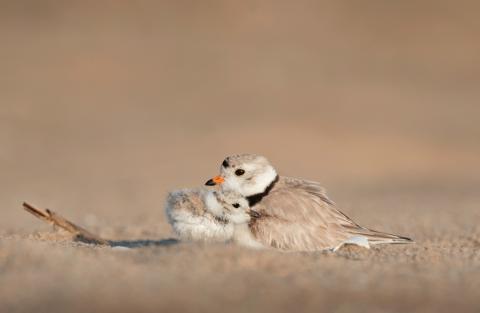 Merriam Webster defines the noun “mother” as: “a female parent.”

Merriam Webster also defines the verb “mother” as: “to give birth to or to give rise to.”

The word “mother” is of Germanic origin, related to the use of the word mōdor in Old English, moder in Middle English, moeder in Dutch, mutter in German, mater in Latin, meter in Greek, and mātṛ in Sanskrit. Its first known use dates back to as early as the 15th century, but is more commonly recorded from the 18th century onward.

The verb, “to mother,” means “to give birth to” and also to bring up with care and affection; to look after kindly and protectively, sometimes excessively so. The meaning of the verb is certainly born from the word “mother,” but it is not gendered. A male dog might “mother” a baby duckling, or one may feel “mothered by” a teacher or mentor, for example.

At one point or another, we all have experienced the feeling of being mothered – it is a feeling of security, protection, warmth, and ease. If being mothered could be linked with a physical sense, it would be something like the silkiness of bunny rabbits’ ears, gentle and soft…or like the smell of a freshly baked berry pie, crisping up its sweet sugars. Literally, it is like the full and comforting embrace of a genuine hug, arms wrapped tightly around another body. Whether one can consciously identify it or not, we have all felt that feeling of being mothered at least one time in our life. Generally, it just feels good, as a feeling of pure, true contentment. Occasionally, mothering can be slightly confusing, or maybe seem overbearing, too…

While the noun “mother” is the overwhelming focus of the upcoming celebration of mothers on May 14th, Mother’s Day, the verb “to mother,” or the idea of “mothering” is not to be overlooked. In a society where the black and white thinking regarding what form motherhood takes is fortunately less pervasive, Mother’s Day is really more of a celebration of “mothering” than of the gendered definition of “mother.”

In fact, in the United Kingdom, Mother’s Day is actually called “Mothering Sunday.” This name seems quite appropriate, given that Mother’s Day is really about mothering mothers. Absolutely, it is an acknowledgement of the hard work mothers do, their unconditional love and care, and their nurturing ways, and so in showering mothers with gifts and flowers and homemade cards, it is a way of giving back what mothers have given: some work, lots of love, and nurturing (think of the classic Mother’s Day brunches and spa days!). Mother’s Day is a day dedicated to celebrating the master of mothering, and rightfully so.

But, there are other figures in our lives that also mother with the comparable care of the female head of a given household. As the traditional family unit is not the exclusive norm anymore, and as gender roles shift accordingly, Mother’s Day does not have to be a celebration of the literal noun “mother.” Rather, Mother’s Day is more suitably a celebration of mothering in all its forms, and not just human, either.

We speak of “Mother Earth,” or “Mother Nature,” sometimes neglecting to remember why this term has become the far-reaching and logical norm. Referring to “Mother Earth” is a way of acknowledging that we are born of something bigger than ourselves. Mother Earth supports life on this planet with care and affection, protecting us in ways that we sometimes cannot comprehend. Like our own mothers, it can be difficult to believe that Mother Earth has our best interest in mind when she can appear volatile. Like our own mothers, however, we must remember to mother our one Mother Earth by caring for, protecting, and nurturing her in return. Basically, we’re morally obligated to mother our one Mother Earth in the same manner in which we mother our mothers on Mother’s Day. (This idea, after all, is the overarching reason that Earth Day came to exist on April 22, 1970. Happy belated Earth Day!)

Similarly, in Indian culture, cows (which are mothers, versus bulls, which are males) are highly revered. It is considered a good omen for a long and healthy life to rub one’s hand down the length of a cow’s spine. Cows are cherished especially for what they have to give; a cow can birth a calf, naturally, and can also produce milk. The milk from this cow, which can in turn be used to help feed a family, is nurturing by the cow. In turn, the cow is a mother to whoever consumes the milk that nurtures. So, according to Indian culture, one might say that the cow is one of our many mothers. Like the [Mother] earth, which produces vegetables, fruits, and grains that provide the basis for products that nurture, we have more mothers than we realize, after all.

A mother is, essentially, anything that nurtures. Beyond being a loving family figure, a mother is something that gives birth to something more, gives life to something new. In every nook and cranny of our lives, we are surrounded by our own, unique mothers. Perhaps the practice of yoga has brought to life new perspective and space in your heart and mind? Maybe reading fills your mind and soul with new opportunities for exploring and knowledge? Possibly a pet or hobby or sport or food has refreshed and reenergized you? Each mother deserves appreciation, deserves more nurturing, and deserves unconditional love for what it has to bring to life.

Mother’s Day is a day to celebrate your many mothers, in whatever form they take. Please, go find some flowers for your mother, write some heartfelt words, and hug her tight. And also, don’t forget your other mothers! Perhaps they are around you, physically, or perhaps they live more within you. However they manifest, mother your many mothers, pamper them, indulge them, nurture them…and they will nurture you. 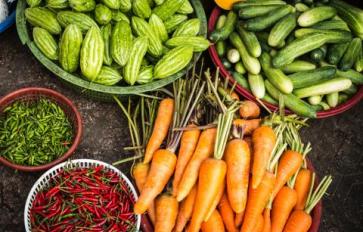