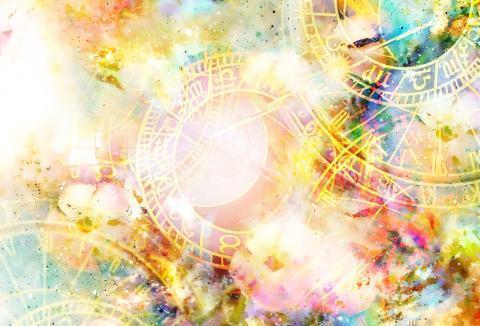 Each Zodiac sign has another sign opposite of it and these two signs represent one axis.  You could liken it to an axle that has two wheels attached at each end.  Each wheel represents an opposite end of a polarity of the axis.  This is a proper metaphor in astrology for understanding the psychology, paradigm, and circumstances that are indicated by the two opposing signs of an axis.

The polarity that these opposing signs represent is very important to understanding not only astrology better, but also to appreciate one’s own life and to better deal with the paradigm that we all face.  Particularly, what I am going to discuss this week is the axis of Cancer and Capricorn and the natures of their ruling planets, the Moon and Saturn respectively.  I will also discuss the current placement of Rahu in Cancer with Ketu in Capricorn and the paradox this brings about.

Firstly, let’s look at the axis that is represented by Cancer and Capricorn.  The axis that these two signs represent is that of finding comfort and of being comfortable with one’s surroundings and environment.  Each one of these signs represents a healthy yet opposite way of bringing about this energy.  With Cancer, it’s about adapting in the sense of moving to a new environment to suit one’s needs if either the environment or one’s needs change.  Capricorn is more about adjusting oneself to the dictates of the environment no matter what that means.

An example of this is how a bear and a duck deal with winter.  A duck represents Cancer in that when winter comes, the duck flies south for warmer weather.  It changes its environment to meet its survival needs.  The bear, on the other hand, has evolved to have a large fat layer that it can subsist on while it hibernates to survive the winter.  This is akin to the nature of Capricorn in that the bear has adapted to meet the needs of the environment in which it lives.  The key here with both of these is that they both have found a way to survive, but it is in opposing ways.  These are the balanced ends of the adaptability spectrum.  To further understand what this means in our lives, let’s look to the lords of Cancer and Capricorn respectively – the Moon and Saturn.

To Yearn & To Suffer

The Moon and Saturn have an interesting relationship as seen in Vedic Astrology.  We see that the Moon receives Saturn’s energy typically as neutral, meaning it neither helps nor hinders the Moon in bringing about its agenda.  Saturn, on the other hand, views Moon’s influence to it as inimical, meaning that the Moon hinders Saturn in its ability to produce.  It’s a one-sided relationship of affliction with Saturn always hindered by the Moon’s energy.

With Moon ruling Cancer, the sign of adapting by finding a more suitable environment, we can say that this need to find something new is what hinders Saturn most.  In fact, Saturn is representative of things that are old, worn, and used.  Saturn is also indicative of servants, employees, and subordinates in general.  Saturn is about following the dictates of those that rule it and not about looking for new ways.

Imagine telling someone who is a slave and prefers this type of lifestyle to think for themselves.  They wouldn’t know what to do.  Their first instinct would be to see what their master would have to say about it.  Imagine now that the slave is ripped free from their bondage and placed in a free market society where they have to find their own way using their own means.  This would result in more stress in trying to adapt to a completely unfamiliar setting that demands a lot of change from them.  Now, let’s look at how this can play out in one’s own life, metaphors aside.

To translate this into real life, with the Moon influencing Saturn, this is when one experiences problems in life of things not being how they want them to be.  The key here is the wanting of things to be different than they are, even if they’re not changeable or even actually obtainable.  The operative ideas here for this experience are pining and longing in which one yearns for something that they don’t have and suffer from it.  This can be the experience of always wanting to live in another country or move away somewhere far with the idea that somehow that will cure all one’s troubles.  It can be of thinking that there is one person who can cure all of one’s troubles and make everything right.  Whereas, yes, sometimes this is true, more often than not this is more about one wanting things to be different than they are and not wanting to see things as how they are.

This not only is representative of circumstances in life of Saturn being hindered by the Moon, but also is indicative of the key imbalance of the Cancer/Capricorn axis, especially when we look to the sky now and see that the nodes of the Moon are placed in these signs.

Just like I talked about opposing Zodiac signs forming an axis, Rahu and Ketu (also known as the north and south nodes of the Moon) always form an axis themselves.  Whereas the axes of the signs represent healthy ways of dealing with a common theme, the nodal axis represents the tug of war of the imbalance thereof.  It is about trying to find a balance from being comfortable with one end of the polarity (Ketu) where one has a lot of experience yet feels stifled somehow, and then trying to implement the opposite method (Rahu).  However, one typically doesn’t have the life experience yet to work with this opposite energy, and chaos, confusion, and a multitude of unexpected issues can ensue from this.  There is typically a yearn to break free from the Ketu position and move towards the Rahu position, but in the middle is incurred all the circumstances of the imbalance of the Zodiac axis involved.

With Ketu in Capricorn, this is about yearning to break free from some form of established functionality that one has become accustomed to.  They may feel that this no longer serves them at a deep level and want to become more free in their life.  They may start longing for a new change that they can’t describe or comprehend but are adamant about wanting things to be different.  They may fall into depression because they don’t know how to break free from the established structure.  In fact, in Vedic Astrology the placement of Rahu in Cancer in one’s natal chart can at times be indicative of depression.  In general, it indicates that yearn to break free but not knowing where to go next or how to use it.

The thing to watch for with this placement of the nodal axis is that of the pining and longing for a change and the suffering that occurs with this.  It is important to not look at what exact things, people, or places that one is necessarily yearning for, but to become aware of the process as it is happening.  This is the time to dive inwards and meditate on what it is that is driving this experience.  Focus on the usefulness and security that the old paradigm has provided.  By starting here and gaining acceptance of this as a useful step in one’s life, then one can start to form a more logical and coherent method for moving forward.  Also, setting goals can be very helpful in life, but just as important is allowing room for even these goals to change and not getting attached to any one desired outcome.  This indication of the nodes shows us there will be some kinks in the path.  Focusing on the now, with mindfulness of the past, and being open to the future is what is most recommended here.  So sit down, look within, and open the heart.  The pieces will fall where they will.  It’s up to us to let them.