Shilajit: The Food Of The Immortals Rocks Your Health Regimen 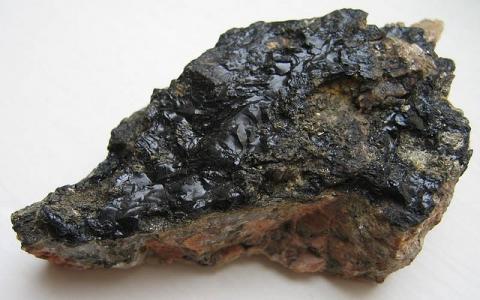 I first came across Shilajit on a raw foods website back when I owned a raw chocolate company and I was researching other superfoods to add into our ever changing concoctions of healing delights. After learning of Shilajit's incredible properties my business partner and I added this Ayurvedic herb, which showed up as a black powder, into a chocolate bar with some food-grade Frankincense oil, Reishi Mushrooms, Spirulina and a few other ingredients, dubbing it our “Immortal Blend.” I have truly never met an herb like Shilajit who could impress me so much upon our first meeting.

More recently, my oldest son was diagnosed with type 1 diabetes and I put him on a raw foods diet to balance his blood sugars, which it did. In my research to find him the best of the best in healing herbs and medicinals to support his body's process of re-calibrating and regeneration, I came across Shilajit yet again. By simply typing “shilajit” and “diabetes” into my Google search engine I came across article after article of how Shilajit was one of the main Ayurvedic herbs used for conditions of not only blood sugar metabolism, but a host of other body ailments as well. In Ayurveda, Shilajit is known as “the destroyer of weakness” and it is thought to be the herb associated with Shiva – God of destruction.

Created in the cracks and crevices of the Himalayan mountains over millions of years through the pressure of mountains and the transformation of a sea bed turned to lush jungles, Shilajit is a sort of organic mass rich in fulvic acid and multiple other minerals. This densely nutritious substance has long been known as the “food of the immortals” and is actually the only natural source of fulvic acid on the planet. Found also in the mountains of China, Tibet and Burma, and known also as “blood of the mountains” or “juice of the rocks,” this incredible substance treats a myriad of health disorders and helps to bring the body back to a state of homeostasis.

Often seen as a black powder, the higher quality shilajit is actually more like a black tar, and in its most refined state, a white small rock known as “White stone oil” - which is even more rare and refined. You take it in by dissolving the substance in either warm or cooled water and drinking it as a usually heavily diluted formula.

Shilajit is especially helpful for: inflammation, dissolving kidney stones, diabetes (by regenerating pancreas cells), nervous system disorders by reducing stress/anxiety and strengthening nerves, thyroid issues, digestive problems, arthritis, asthma, tissue and bone repair, immune system and many other conditions. These above-mentioned benefits of Shilajit are awesome, and after reacquainting myself with the herb in a glass of warm water one day (after I ordered some for my son and started fixing it for him) I had a profound experience. I could actually feel the sensation of my body “evening out.” It felt like Homeostasis coming into play. I didn't know you could feel that – but I sensed it in every part of me. My right side wanted to match the energetics on my left, places where I had felt pain seemed to be being “fed” by what felt like an invisible force – it was incredible.

For my son, his blood sugar went through some very obvious shifts the day he started taking Shilajit. He was already coming into balance with the raw foods and other herbs he was taking (marine phytoplankton and nopal cactus to name a few), but Shilajit seemed to “seal the deal” on the leveling of his blood sugars. He is only 9, so the dose he received was a bit less, but I could also see that results were faster with him than they might be for an adult because of his body's ability to self-correct more quickly due to his young age.

For me, the benefits of Shilajit interest me most in the cognitive enhancement capacities, the off-the-charts antioxidants and the anti-aging results. Shilajit also helps the body get more out of sleep and respond to stresses better.

One of the most amazing things about Shilajit to me is the evidence that has shown that it speeds up the healing of damaged tissues and broken bones by double.

The Charaka Samhita is one of the Ancient Ayurvedic texts which speaks about the benefits of Shilajit. It states “that there is no imbalance in the universe, which is not effectively helped by shilajit when it is administered at the appropriate time, in combination with suitable herbs and by adopting the prescribed method. When administered to a healthy person, with similar conditions, it produces immense energy.”

Other benefits of Shilajit include benefitting:

There are endless reasons to take Shilajit. It is one panacea that I feel surpasses all others. I truly believe that if you take no other supplements that you ought to give Shilajit a try. It also helps other supplements you do take to work better. It is that good.

It is important to source your Shilajit wisely, as there are many impostors on the market. I personally use the Purblack (you can find on Amazon) as well as the OriVeda brand of white stone oil out of Amsterdam. It is recommended when you start out using Shilajit, to start with just a tiny bit and test your body's response.

To enhance health and well being, improve your state of mind and remove the deep body and mind sabotaging elements of a life lived in a world steeped in stressors, “The Destroyer of Weakness” may be the answer you have been looking for. I know for me and my family, Shilajit has taken the front seat in helping to ensure health and a long life of clarity and bliss.

Photo Credit: "shilajit" by Ayurvedic India is licensed under CC BY 2.0