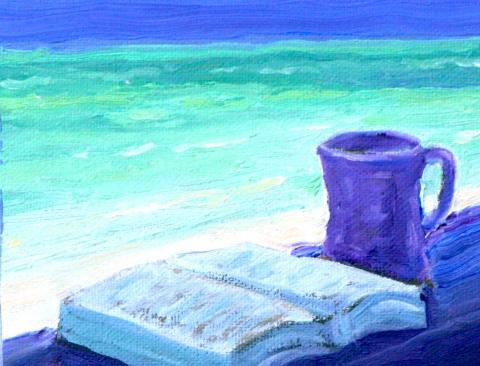 Food, Genes, and Culture, by enthnobiologist and agrarian activist Gary Paul Nabhan, is everything you wouldn’t expect in a so-called “diet” book. Rather than urge you to consume less carbs, more fat, less sugar, more salt, less meat, more plants or any combination thereof, Nabhan’s book concludes that society today ignores “our genes, our ancestral and contemporary diets, and our environments (including their myriad microbes) at our own peril.” In other words, food matters and it matters where it comes from and what we choose to eat. However, rather than make the case for any specific type of diet, Food, Genes, and Culture examines different cultures around the world to suggest that food preference should be determined by ancestry. And, he states, one way to determine that ancestry is to look back at our land.

Nabhan uses travels and stories from his own life to discover widespread intolerances and allergies around the world. In one chapter, Nabhan elegantly pursues the concept of lactose intolerance using the Pima Indians of Arizona as an example. With concise statistics, Nabhan makes the case that humans as a species aren’t meant to tolerate lactose past a certain age; that said, he cites the work of cultural geographer, Fredrick Simmons, to suggest that a mutation occurring in the DNA of a specific population of northern Europeans allowed for lactose tolerance. This, Nabhan surmises, is largely why northern European cuisine features milk, fermented kefir, yogurt and other dairy products in large quantities, whereas dairy is entirely absent from traditional Native American or, say, Mexican cuisine.

While the book is well-written, the questions that Nabhan pose often end in long-winded tangents. This is not what one might consider an easy read but those familiar with anthropology, biology, and ethnobotany will likely find this book enthralling.  While some questions are easily answered, others require deeper thought. In a later chapter, titled “Rooting Out the Causes of Disease,” Nabhan asks the question of why diabetes is so common among those who live in the desert. Similar to other chapters, Nabhan quite literally travels to the root of the problem by visiting the Seri people of Mexico who, similar to the Navajo people of the United States, suffer from adult-onset diabetes as a culture. While the cause might be obvious, what became increasingly clear to Nabhan was not so much the quantity of food that was being consumed but the quality. Easier access to fast food and a loss of traditional culture (and therefore traditional foods) is just one reason for an increasing population with diabetes. While the importance of genes is highlighted throughout, Nabhan gives pause to both diversity and exercise, too, opening up a type of conversation that doesn’t always happen in science.

Whereas earlier chapters might feel unanswered, the conclusion of the book is complete and satisfying. While well-written, the book is short in length but makes for a great conversation piece with a friend or stranger alike. Nabhan’s work as a nature writer shines through with his suggestions that a greater appreciation for the health of one’s land can ultimately help the health of oneself. You’ll feel compelled to pass this book on.

This book is a treasure for anyone interested in questions that go beyond the typical “what should I eat to lose weight?” or “what diet is the best diet?” Rather, it answers why so many different diets have evolved and why the only answer to “what do I eat?” Should come from looking back to where we came from and ahead to where we are going.