The Raw Food Diet: Everything You Need to Know 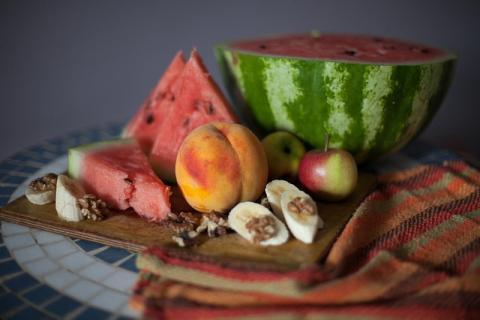 “You are what you eat!” As a health enthusiast who practices the natural ways of healing, I have to say that the statement holds a lot of truth. The raw food diet is regaining its popularity once again. That’s right, folks, this is another old-school way of healing recently being unearthed.

In 2009 a documentary titled Simply Raw - Reversing Diabetes In 30-Days was released. The documentary follows 6 different people with different lifestyles, eating habits, and routines who all have one thing in common: they all have diabetes and are on medication. This project was led by Gabriel Cousens of The Tree of Life Rejuvenation Center. Rabbi Gabriel is a certified Holistic Physician, Homeopath, and much more. He uses the simple approach of The Raw Diet to help people heal and cure ailments naturally. Simply Raw walks us through the process of The Raw Diet from beginning to end but it also reveals AMAZING results.

So What Is The Raw Diet?

The Raw Diet is very basic. Anything you consume is raw and the food’s temperature isn’t supposed to reach over 115 degrees Fahrenheit during preparation. Your diet is made up of:

Some people will add a variety of fermented foods to their raw diet, as well as raw fish.

Many dis-eases that are prominent today are issues that are associated with the way our society has morphed – processing, chemicals, sedentary lifestyles… the list goes on! Meat and cooked foods were not a common part of the diet many moons ago. There weren’t refrigeration or microwaves, GMO’s or chemicals to consider – our food was hunted, caught, gathered, harvested and much of it was plant-based. And, if there was some sort of meat, it wasn’t eaten with every meal (or even on a daily basis).

Why Do People Start The Diet?

Everybody’s reasoning for starting a raw foods diet is a little bit different but they all add up to the health benefits. Food is medicine when used properly. Not only is it medicine but it is one of our life forces. Some of the reasons people choose the diet are to lose weight, detox, eat healthier, and heal ailments such as diabetes.

The raw food diet is a rather old one that is recently resurfacing. In the early 1800s a doctor by the name of Maximilian Bircher-Benner discovered that by eating raw apples he cured his case of jaundice. This event brought on a wealth of research, study, and results pertaining to a diet of raw foods. The diet has since been rediscovered and refined, and has evolved.

People also choose to start the diet because the proof is in the pudding. Around 2010-2011 reports and analysis were released showing that vegans and vegetarians have less of a risk of getting cancer.  The studies also show that people who have a higher intake of meat – especially red meat and processed meats – have a higher risk rating of getting some form of cancer.

If you watch the Simply Raw documentary you will see that for some people, switching to a raw foods diet can be kind of tough. Just as with anything new to our bodies, it takes a little getting used to. Many people shy away from the raw foods diet because the only food that comes to mind are bland and tasteless vegetables. The truth is, there are so many recipes and ways to prepare meals that are raw that are so delicious. One of the tricks is taking in enough of what you will be lacking from the meat and other foods you normally eat. Unfortunately, coming off of processed junk can be just as difficult for someone as coming off drugs. Your body becomes addicted to all the sugars, salts, and even the chemicals –  it longs for what it’s used to. Switching to a diet like this can often require retraining your body and mind to crave the right things.

The Raw Food Diet can be very beneficial to your health on so many different levels. This type of diet is also beneficial to the environment. Before making any huge or drastic changes to your diet, especially if you have current health conditions or issues, be sure to consult your healthcare provider.