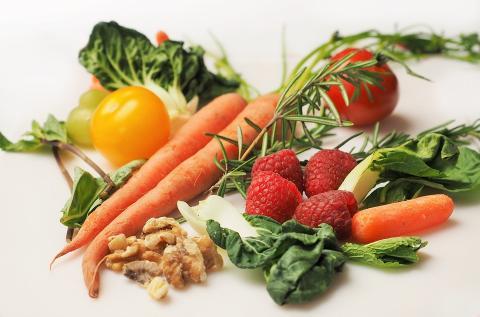 There is a little bit of everything inside of Mother Earth’s Medicine Cabinet. Anemia is a condition that occurs when your blood doesn’t have enough healthy red blood cells, also known as hemoglobin. The hemoglobin in our red blood cells is extremely important for maintaining good health. If you have abnormal blood cells or not enough of them your body will not get enough oxygen.

Before we move on to curing or controlling the condition let’s take a look at the causes of it. There are several different types of anemia, which are all caused by something different, but the most well-known is anemia caused by an iron-deficiency. Some forms of anemia are hereditary while other forms don’t exist until pregnancy or after a lot of blood loss. Iron-deficiency anemia is caused by a lack of iron and can be handled pretty easily, but there are some forms of anemia that are a little more difficult to control.

The causes of anemia vary and there are over 400 different types. The different types or forms are broken down into three different groups or categories. Women are more apt to have anemia due to blood loss during menstruation, as well as the iron shared with a baby during pregnancy. Anemia can also occur when there is a lack of vitamin B-12, vitamin C, and folic acid.

2.     Anemia caused by the destruction of the red blood cells.

3.     Anemia due to the decreased number of or abnormal blood cell production.

Now that we know a little bit about what anemia is and what causes it, let’s look at some of the natural ways of curing or controlling iron-deficiency anemia.

·       Green Leafy Vegetables – These vegetables generally have a high amount of iron, as well as folic acid. It is best to eat them steamed because some raw greens such as spinach actually slow down iron absorption, which is counterproductive to controlling anemia.

·       Blackstrap Molasses – Not everyone enjoys the flavor but adding a spoonful of it to your morning routine can help a lot. Blackstrap molasses is very high in iron and is bound to give you the boost you need.

·       Fruits & Veggies High in Vitamin C – Vitamin C plays a crucial part in your body properly absorbing the iron you take in. Even though it does not directly affect anemia, it indirectly helps your body by increasing the amount of consumed iron that gets absorbed.

FOODS TO AVOID OR LIMIT

·       Chocolate – Don’t kill the messenger! If you are dealing with an iron-deficiency, chocolate is something you should avoid or cut back on. I was sad when I learned chocolate takes iron away from your body.

·       Coffee – Too much coffee can actually block your iron intake so limit it to one or two cups a day.

·       Dairy – More than anything, you want to avoid conventional or processed dairy products. Too much calcium in the body causes it to bind to the iron, basically depleting it.

·       Soda – Too much sugar and not enough nutrition leads the sugar to block iron absorption and with the lack of nutrients, there isn’t much to offer other than taste.

·       Iron – You can check with your healthcare provider to see which one is best for you. I used to take 25-35 mg daily, but it became too much for me. Caution: Iron supplements can lead to constipation, and if you take the supplement be sure to add some vitamin C for better absorption.

·       Vitamin C – Whether you get it straight from the fruit or take a vitamin it is very important to have at least 500 mg of vitamin C daily in order for the iron to properly absorb.

·       Folic Acid – A folate deficiency can lead to anemia for several reasons. It is common for a woman who is pregnant or has just given birth to require folic acid supplements.

Remember: anemia can be caused by many things and comes in various forms.  This article covers the basics of iron-deficiency anemia and minor anemic issues. As always, stay healthy, my friends!