Why Yawning Is Good For You 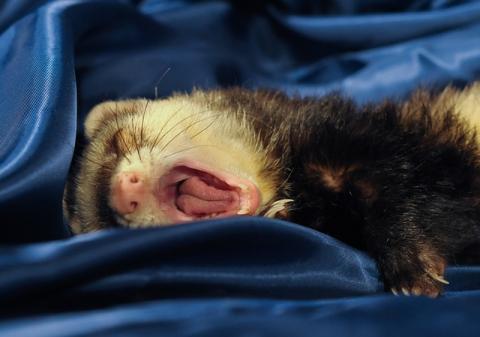 It seems that in our society, yawning has become an indicator of “being bored”— or being rude for that matter—when in reality, this is likely far from the truth and is a misunderstanding.

As a retired yoga teacher and massage therapist—and simply a person who has spent countless hours dedicated to learning how to relax and take good care of myself—I feel a particular need and responsibility to write this article as an encouragement to the world at large to yawn as much and as often as possible.

It is a biological fact that yawning is actually a great benefit to living beings (animals and humans alike), and in fact serves multiple specific purposes.

The first and foremost function and purpose of a yawn: to deliver more oxygen to the body. Other things that yawning promotes: an increase in blood pressure and heart rate, which improve motor function and alertness. And it is an indicator that the parasympathetic nervous system is kicking in.

While there is a chance that a yawning person is bored, it is more likely that they are simply tired, and during their conversation with you or in a context of having to sit and listen to anyone, it may be the first time they have had a chance to stop “being on” all day and are finally being still for the first time that day. When we stop moving—or better yet lie down—our body takes this cue of stillness to rebuild and restore. And while yawning is usually a sign of tiredness, the purpose of the yawn can actually be to increase arousal after the fact—like a refresh for the entire mind, body, and spirit. Much like resting or taking a nap, a yawn is a form of nourishment and restoration for the body and nervous system.

Similarly, you may notice that if you sit still for a long time, working focusedly, and then decide to get up and go for a bike ride, go to a yoga class, or go for a walk you will start yawning once your body starts moving. This is your body getting the oxygen it needs, circulating and moving, and getting blood and oxygen to the muscles and every part of the body.

When I used to teach prenatal yoga classes, there would inevitably be a student (often in the front row) who would start yawning in class while practicing yoga. More often than not, the yawning student would apologize to me as she felt she was being rude to me as the teacher. I took this opportunity as often as I could to serve as a teaching moment for the entire class—but not in the way that you might think. If someone yawned in my class, rather than taking offense, I would use the opportunity to say to the class, “And if you feel like yawning, please yawn—don’t feel like it is rude—this is just a sign of your parasympathetic nervous system kicking in, and I take it as a compliment that my yoga class is helping you to relax.” Next thing you know, the entire class was yawning (and laughing), including me.

Another amazing thing about yawning—yawns are contagious. With rare exception, if you start yawning, it is almost guaranteed that those around you will start yawning as well. As empathic creatures, we as humans encourage each other to yawn simply by yawning ourselves. As we yawn and find ourselves apologizing to those around us, we are actually giving each other the gift of the reminder to relax, restore, and reboot.

So, rather than apologizing when you yawn in the presence of others, you can now say “You’re welcome.”