Intro to the Shatkarmas: Yogic Cleansing Practices for Enlightened Living 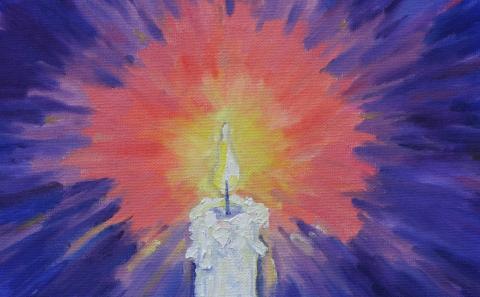 I spent a four-month period immersed in Traditional Hatha Yoga practices and teachings in an ashram in northern India. It was transformative, to say the least. As a base to all the other teachings and philosophies, we were introduced, one by one, into five of the six main shatkarma practices found in the ancient Ayurvedic texts which later inspired hatha yoga texts such as Hatha Yoga Pradipika by Swami Svatmarama. The use of these techniques was meant to purify the body and mind in preparation for the various stages of enlightenment that ensue with the awakening of kundalini shakti.

Shatkarma comes from two Sanskrit words, Shat and Karma (or often Kriya), translating into “six cleansing actions or practices.” The six main techniques and their benefits to the entire being are as follows:

In both types of Neti, the sinuses are cleared out and purified in order to create a healthy space in the head for physical health as well as psychic attunement. With the cleansing of the channels in the head, the third eye (pineal gland) is also purified, allowing it to function optimally, and it is said regular neti practice can bestow clairvoyance, deeper intuition, telepathy and other gifts of an awakened Anja Chakra. Ayurvedic texts also say that neti destroys kapha diseases.

The most intense neti practice I had in India was after acquiring a wicked sinus infection. It was beyond what any herb or medicine was able to touch. We had just learned about amaroli neti, and considering the nature of the country and water supply, I decided to opt for using my own urine as a cleansing solution. It was supposedly the most effective method for removing infection, as your body contains the exact solution for any body ailment.

Yes, I was mentally tripped out by the thought of using pee in my head, but the agony of the infection trumped any blocks I was facing in my head. I prepped the neti pot and “got over it” as I tipped my head to the side to allow the fluid to penetrate my aching head. Within moments the hugest amount of gross matter poured out of my open nostril. It was beyond unbelievable and the color surely spoke of the type of infection I had imagined was festering.

After only one treatment of amaroli neti my sinus infection cleared and I was healed! It was miraculous to me and I have never forgotten the power of the neti and the solution my own body readily provides.

2. Dhauti - (cleansing the digestive tract/stomach): This method is best used early in the morning and helps to remove any Ama, or stagnant toxins left in the belly. The process consists of drinking a tall glass of warm salty water and then throwing it back up. A variation of this method (Vasta Dhauti) is done by swallowing a long piece of cloth dipped in warm salty water and then pulling it carefully back up, and should be performed under professional guidance before trying alone.

Both methods help to bring back up old food particles in the stomach.

The first time I tried dhauti, I was in India, and everyone else was having a grand time puking warm salty water. For the life of me, I could not get myself to throw up, no matter how hard I tried.

So, instead, the warm water made its way through my entire digestive tract and introduced me to another one of the Shatkarmas, a variation of Bhasti (colon cleansing) known as Sankha Prakshalana.

Besides the basic method of Dhauti, there are variations which include the cleansing of the ears (karna), the teeth (danta), and the heart region (hrid), to name a few. Sages of the yogic texts claim cleansing the ears allows one to tune into and hear the inner sounds produced by the body once the channels are clear, the listening to which helps to bestow liberation. These sounds are known as the Nada or the Omkara.

In all cases, clearing the stomach helps to activate the navel center, an essential point for personal empowerment and deep, yogic breathing. By working with the belly and the cleansing practices which assist this area, one is opened to the jewels of Manipura and the blessings which flow when kundalini shakti is able to pass through the stomach region uninhibited.

3. Bhasti - (colon cleanse): This cleansing practice is very similar to a traditional enema. Usually a small tube is used to draw up water into the anus where it is held momentarily and then released. The very “old school” style of Bhasti would be to use the end of a gourd and to draw river water up into the anus while standing in moving water. Of course, utilizing this method at home would consist of setting up a bowl of warm, salty water and drawing it up using ashwini mudra.

The variation of this shatkarma, mentioned above as Sankha Prakshalana is similar to dhauti, but instead of throwing up the 16 oz of warm salty water, or drawing it up through the backside, one simply allows it to pass through the entire intestinal tract. This is a lovely way to cleanse the bowels and remove any stagnant material. Also, this technique stimulates the sense organs through the cleansing of the bowels, thereby resulting in a sense of clarity in the mind.

4. Kapalabhati - (the shining skull): One of the pranayama techniques in hatha yoga, kalpalabhati is the process of strongly exhaling air from the lungs like a bellows breath. Not only does this breathing practice clear out the lungs and increase strength, energy and stamina, but it is known as a shatkarma because it also clears the mind and brings the alleviation of stagnancy or ailments of the head and sense organs and prepares the mind and third eye for an influx in cosmic energy.

5. Nauli - (churning of the stomach): This practice is a common one visualized when thinking of the thin yogi in a loin cloth on top of a hill breathing deeply. Nauli consists of isolating and internally massaging the stomach muscles by consciously pulling them in and rotating them around clockwise and counterclockwise in order to stimulate digestion and proper elimination.

It takes a bit of concentration to perform this cleansing practice, but it feels oh, so good and assists the body in releasing parasites that may be hidden in the digestive tract as well as stimulating the third chakra -- especially -- for increased empowerment and motivation.

6. Trataka - (eye gazing): Probably my all-time favorite Shatkarma is Trataka, also known as “candle-gazing,” or still eye-gazing.  In this practice you choose a focal point, such as the flame of a candle, a spot on the wall or the full moon (more advanced) and stare at the image until the eyes want to blink or begin to water. At this point, the gazing is continued on the after-image behind closed eyes. By practicing this technique the eyes are not only strengthened and relieved of any physical ailments, but the entire head, including the third eye center, is activated, cleansed and rejuvenated, contributing to the increase in psychic abilities and the waking of other dormant brain and mental abilities.

Through the use of trataka, I have recognized that the closed eye version on the after-image is actually more powerful than the open-eyed segment. It is a practice to help one cultivate a relationship between the senses and the inner realm. Normally, we are conditioned only to the world of the senses -- that which we can see with our physical eyes and feel, smell, hear. By utilizing this shatkarma, the inner vision (6th sense) and ability to see beyond the physical is turned on, and we begin to realize that we are not limited to our basic five senses, but instead, a vast field of consciousness is opened to us where so much more is revealed.

By practicing even one of the shatkarmas you can help to fine-tune your body and awareness so as to live truly from a more enlightened space. What this really means is that as the body opens, cleanses itself and calibrates to its deeper potential (hidden behind blocks and stagnancy) we are able to more fully access what we are capable of on a more spiritual/authentic level. We are truly cosmic beings in physical bodies. The shatkarmas are bridge-practices which allow us to reach our potential as humans incarnate. It is amazing what your body can do when you cleanse it in the ways mentioned above. It is akin to lighting a candle in a darkened room; so much is revealed.