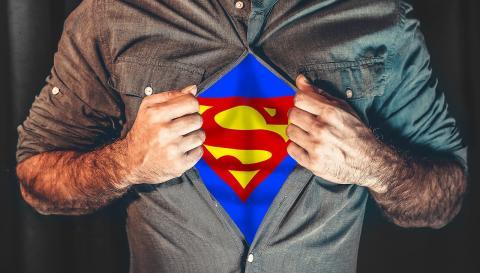 Why or why not is that, do you suppose?

Often times, when we ruminate on personal power, we may think of an archetypical superhero dressed up in their costume, ready to save the day.

Or perhaps we envision a famous celebrity, who seemingly has the world at their fingertips. It seems that our society has bred us to look externally at other people and things to feel a sense of power.

That typically backfires, though, as instead of feeling powerful ourselves, we often feel inadequate in comparison.

What if I told you that on an energetic level we are ALL powerful energetic beings who have the capability of manifesting amazing lives?

Would you believe me?

The tendency of our culture is to externalize what we want—to think that somewhere out there is the person/place/thing that will finally let us feel good, accomplished, loved.

But the Universe has a sense of humor. You see, we are taught to look “out there,” while in actuality the essence of what we seek is within each of us. It’s kind of funny—in an annoyingly overlook-the-obvious sort of way.

While it’s true that manifesting what we desire in this reality has to do with our thoughts and desires, the Universe responds tangibly to how we feel. We get what we feel we deserve, even if that means coming from a subconscious level.

Without delving into The Secret and Laws of Attraction too much (another time), I want to talk about personal power. Because when we realize that our energetic grid is actually a hologram that responds constantly to the trillions of vibrations that comprise our life, we start to understand that we actually have power in what we want to create.

So What Exactly is Personal Power?

Personal power is our own individual awareness and willingness to harness our own physical, mental, emotional, and creative energy to live a life of our broadest capabilities.

Is it easy to find and hold onto? No. Not necessarily.

1. Because we are taught that “it” (power) is somewhere “out there” and that we have to do something to achieve/earn it.

2. Because there are billion dollar industries devoted to keeping us searching in order to sell goods and services.

3. Because humans often don’t want to assume personal responsibility, and it is easy to blame someone outside of ourselves if we don’t get what we want.

How do we give our power away?

1. Comparing ourselves to others

What can we do?

Brutal, honest self-inventory of what we think, believe, do, and say can uncover many ways that we keep ourselves stuck.

How do we maintain our personal power?

1. Get real. I mean really real about your current thoughts/beliefs, and choices.

2. Be willing to change.

4. Become strong/healthy in your body.

5. Energetically call back all of the power that you have given away over time. Allow it to integrate into your grid, and practice calling back your power every night before you go to bed. What you have expended can thus return, filling you with more of your own vital life force.

There is much more to be said on this topic—but that’s enough to sink your teeth into for today. Remember your divinely powerful nature. Your Higher Self, and tangible life, will thank you for it!

ALL ARTICLES BY Sarah K Grace