3 Ways To Combat The Winter Blues 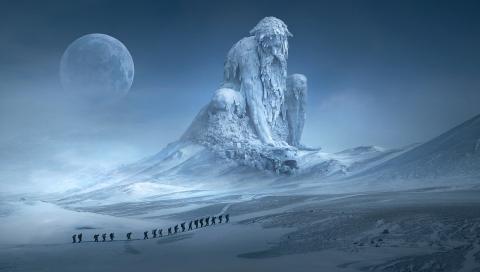 December has a reputation for cheer, and many of us spend the preceding months anxiously awaiting all the winter festivities. But not everyone feels the joy this time of year. Six percent of the U.S. population suffers from a debilitating type of Seasonal Affective Disorder, or SAD, a form of depression most common during the fall and winter months when days are shortest (although symptoms can occur in the summer as well). An additional 14% experience the “winter blues,” a less severe form of SAD that leaves sufferers feeling moody and lethargic.

If you’re one of the roughly 65 million Americans feeling less than jolly this December, take comfort in the knowledge that you’re not alone.

Researchers aren’t exactly sure what triggers SAD symptoms during shorter, colder, darker days, but studies suggest a number of factors are responsible.

In a comprehensive review of Seasonal Affective Disorder in Depression Research & Treatment, Sherri Melrose writes that SAD seems to occur in people with low activity levels of serotonin, a neurotransmitter believed to balance the mood. In response to darker days, people with SAD may also overproduce melatonin, a hormone that tells us it’s time for bed. Melrose notes, “The combination of decreased serotonin and increased melatonin impacts circadian rhythms.” As a result, adjusting to changes in day length (as measured by sunlight) can be harder for people with SAD.

SAD occurs four times more often in women than men, and the most frequent age of onset is between 18 and 30 years old. Understandably, the disorder is more common in those who live far from the equator. To demonstrate this point, Melrose cites a study indicating that only 1% of Florida’s population experiences SAD, while a significant 9% of Alaskans do.

SAD may be common, but there’s no reason to live with it, hibernating until the sun returns in March. Because of the disorder’s predictability, sufferers can take preemptive steps to make sure the shorter days and scarcer light affect them as little as possible. If you have a history of feeling sad or tired during fall and winter, take some time now to understand the steps that will help you feel better faster.

(If your SAD symptoms are debilitating, keeping you from work or affecting your ability to function on a day-to-day basis, tell your doctor. SAD can be a serious form of depression that, for some, necessitates doctor-prescribed treatments such as antidepressants and therapy.)

In a 2017 review of current research, Nussbaumer-Streit, et al write in BCM Psychiatry that the most commonly prescribed SAD treatment in German-speaking countries (which, because of their distance from the equator, tend to get less sun) is “lifestyle changes.” This could mean a change in diet (see foods rich in Vitamin D, below), increased exercise, social interaction, and time outdoors. Getting some sun exposure in the morning helps regulate your circadian rhythm, telling your body to wake up and decrease melatonin production.

Light therapy is a great way to get the light that nature doesn’t give freely this time of year. A 10,000 lux light box mimics sunlight (minus the harmful UV rays), and shines 20 times as bright as standard indoor lighting. A light box runs from $30 to $300 online, depending on extra features like negative ions, which clean the air and may aid in serotonin production (some people use negative ion therapy on its own to diminish SAD symptoms).

Vitamin D deficiencies are common during the fall and winter because the body needs sunlight to produce this crucial vitamin, which is involved in calcium absorption, bone growth, immune function, and inflammation reduction. Additionally, a lack of this vitamin has been associated with depression-like symptoms, and may also play a role in decreased serotonin levels.

The most efficient way to increase your vitamin D level is to spend a little more time in the sun. Few foods are naturally high in vitamin D, but if winter sunlight is scarce where you live, try to eat more of these foods:

As this list makes clear, vegans especially have few opportunities to get their Vitamin D through food, and options for vegetarians are also limited. In a 2017 study published in Neuropsychobiology, researchers found that vegetarians in Finland experienced SAD symptoms at a rate four times higher than in Finland’s general population. At a Dutch outpatient clinic, the percentage of vegetarian SAD patients was three times higher than in meat- and fish-eating patients. The high risk of SAD for vegetarians might be mitigated through vitamin D supplementation. If you’re vegetarian or vegan, buy a supplement explicitly advertised for your dietary need—vitamin D in supplements can come from either animal (not vegan) or fungi (vegan) sources.

Most people can safely consume 50,000-100,000 IU daily, but your doctor can order a blood test that will tell you how much you need to supplement.